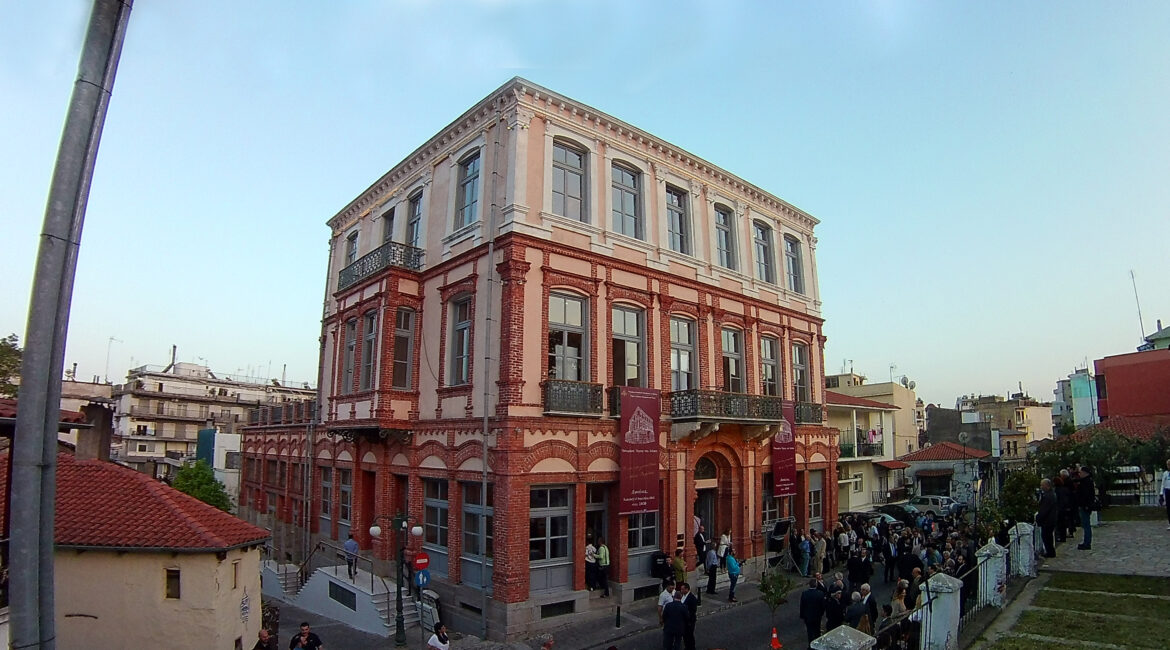 “I was born on October 23 in Xanthi, in the fairytale Old Town, the preserved” this is how Manos Hadjidakis described his birthplace in his autobiographical text. The image of the house, which is characterized as a work of art and as a historical monument today, after the interventions, is enchanting and is now a jewel of great value for Xanthi.

The house where the leading Greek composer was born and lived in his early years with the unbridled spirit and the bold thinking for his time, with the representations that have been seen in all their glory and the exceptional frescoes in all the spaces, was created to is a living space, constantly visitable and creative, a multi-space of Art and Thought which is identified with the “great Manos”, the man of thought and art. A place where citizens will meet to compose a “New Narrative”, under the fruitful and decisive influence of the supernatural musical universe and the consciousness of the ecumenical Manos.

The building was built at the end of the 18th century, at the same time as the Allatini villa in Thessaloniki, it has neoclassical elements and a bit of baroque. We do not know the architect, but he is probably Austrian.

The building was owned by Isaac Daniel, a Jew who was among the richest people of the time. His profession was a stockbroker and at the same time he was engaged in the tobacco trade and brokerage. He bought the building and built it in two phases. After Isaac’s death, the building passed into the hands of his children, but because they were unable to pay the inheritance tax, the finance ministry took the building and turned it into the tax office of the time. Then, when the civil war came to an end, he joined the army and was the garrison.

Distance from the Hotel

What will you see?

A multi-space in which Manos Hatzidakis lived his childhood. Small exhibition with photos of Manos

Where can you go next

Stroll in the enchanting alleys of the Old Town that is next door and enjoy your coffee in one of the many traditional cafes.